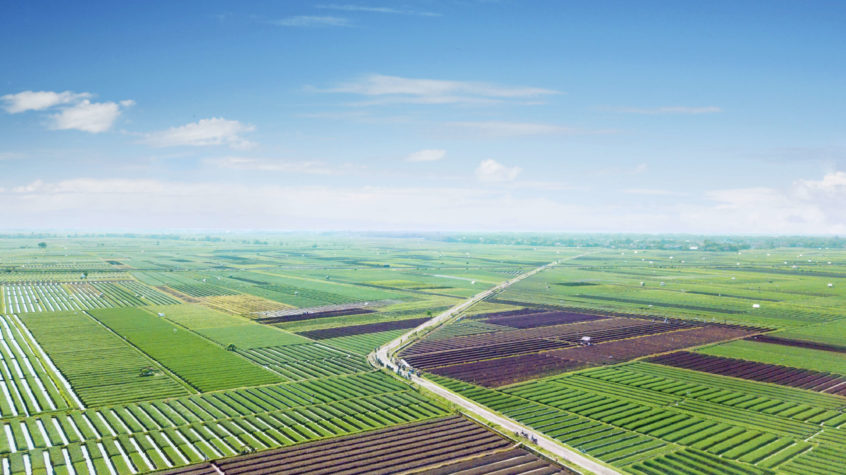 “There is nothing new in the world except the history you do not know.” ~ Harry S. Truman

Recently, I was catching up with an old friend and we were discussing the similarities between the current market and the tech bubble. One of the advantages for the two of us is that we have both been investing for many years and we can draw upon some of the experiences we have gained over that time. But I believe we are also well served to read as much history as we can, since it will help give us insight not only into what is happening but more importantly, what may come next.

It was in this vein that I recently began to read a book about the Medici family, who gained prominence in Florence and turned the city into the cradle of the Renaissance. The family attained great wealth through commerce and banking and while they didn’t invent banking, “the Medici family made their money through caution and efficiency, rather than innovation”.  The book explains the opening of the family’s first bank was Oct 1, 1397. According to the family’s “secret book”, in its first year’s trading the bank made around a 10% profit. It says it was customary for such profits to be withdrawn from the bank so that the partners could invest them privately. The founding Medici family member, Giovanni, used his portion of the profit to buy some farmland near his home, “prudently diversifying his assets beyond the vicissitudes of the financial world”. In other words, even in the 14th century, one of the smartest investing families understood that they had enough exposure to financial assets and should diversify to real, productive assets. The book goes on to explain that “as the bank’s profits increased, Giovanni displayed further evidence of his essentially conservative nature by continuing to buy up farmland”. If I were not involved in farmland investing, I may not have made note of it, but I now understand the significance of what they were trying to achieve. I also find it interesting that while only about 1% of farmland is owned by funds, it does not mean it is a new idea. It just means most have not read their history. It was a good idea centuries ago and it remains a good idea today. In fact, Canadian pension funds and other sophisticated asset managers are coming to that same realization and beginning to add farmland to their portfolios.

While I stumbled into that bit of history reading the book, I also make a point of listening to podcasts where I might learn something new. Since my last note I listened to an interview with Jim Grant, who may be one of the best market historians. Jim was asked about the run-up to the inflation of the 1970s. Grant began by describing the period of the 1960s and onwards, when volatility was very low, inflation was low, unemployment was very low and there was no expectation of inflation. But the elevated government spending/borrowing to pay for the Vietnam War led to higher inflation by the second half of the 1960s. That inflation carried over into the 1970s and worsened as the U.S. went off the gold standard, allowing the currency to debase.

Grant made the case that the prelude to that period of inflation was very similar to recent conditions. He went on to talk about how interest rates are currently being suppressed, central banks are buying bonds and propping up prices of all forms of debt, and money supply is increasing at a rate greater than any of us have seen in our lifetimes.

He suggested that there was some $10 trillion in bonds globally with negative yields “where holders are satisfied to hold a bond that will pay them less than nothing, with the assurance that they will get something from a government that is issuing currency it intends to debase”.  The actual number is currently more like $15 trillion, made up largely of government debt. In fact, 90% of government debt globally is yielding less than 1% (according to the Wall Street Journal).  And according to a recent Financial Times article, more than 60% of the entire global bond market is yielding less than 1%.

He cited a commodity index that was backward engineered to date it back to the year 1900 and compares it to the Dow Jones Industrial Average. In relation to the Dow, commodities are trading at the lowest point in 120 years. It seems that everyone is convinced there will be no inflation even as governments are increasing money supply at the highest rate in decades.  Investors are content to pile into financial assets with no concerns about potential inflation (i.e. the entire bond market). After all these years, my experience is that extreme readings such as this one should be sold, even if you cannot identify where the inflation will come from.

But we hardly need to call in Columbo to figure out what may bring on inflation. You need look no further than the huge increases in central bank balance sheets and the >20% increases in money supply since the pandemic hit. The charts below show the magnitude of the increase for both the Bank of Canada and the Federal Reserve. In fact, according to a recent Bank of America report, central banks have injected $24 trillion, or about a quarter of global GDP, into markets to keep them stable (boost them higher?) and their expectation is that this number will increase to $28 trillion.

It should be obvious by now that the central banks will need to continue buying government debt to sustain this elevated level of spending. These spending levels are the response to the global pandemic, and we are told they are temporary measures. But once the genie is out of the bottle there is no going back. Governments were already relying on central banks to buy up their debt but now realize that they can lean on their central banks even harder to buy their debt since central banks are desperate to generate more inflation (remember, income taxes were supposed to be a temporary measure as well). I read recently that the U.S. Treasury has issued some $4 trillion of debt since September of 2019 and the Federal Reserve has bought more than 50% of it. Economists say it only becomes inflationary when the Fed gives money directly to the Treasury to spend, but I would say we are effectively there and that it’s just semantics now. They also say that according to the CPI, we have only minor inflation, but in the real world, where price increases aren’t substituted for something at a lower price and where hedonics is a meaningless term and where people pay real rents (not some made up number), inflation has been running a lot higher than the statistics would indicate. Since the governments went on this debt spending binge, our money buys us less stocks, bonds, gold, silver, real estate, copper, lumber….and as I learned from a recent trip to my local grocery store, pasta!!!

I have repeatedly made the case that stocks and bonds have not been appreciating due to wealth creation but instead due to money supply growth. Zero interest rate policies and QE Infinity have grossly distorted the prices of financial assets. Bonds have not gone up in price (yields down) because they have become “safer”. In fact, we have long passed the point where governments are able to balance a budget, let alone repay debt (remind me where we were taught that “the more you borrow and the less likely you are of being able to repay, the lower the rate of interest”). The price of the equity market has more than doubled since 2012 without any increase in aggregate operating earnings.

In my previous note, I made the argument that farmland has been appreciating due to higher production per acre and increasing efficiencies. As technology and innovation continue to increase production yields and squeeze out greater efficiencies, the gains have been capitalized in the value of the land. Some might call that “wealth creation”, and that wealth creation has already outperformed all developed world equity markets for the past two decades. But historically, that outperformance has been greatest during periods of inflation.  Given the extreme valuation of financial assets relative to commodities, the biggest increase in money supply in decades and the complacency of the entire bond market, I would say we should be preparing portfolios for inflation, diversifying away from only financial assets and owning some real assets. The smart money has been doing it for centuries.