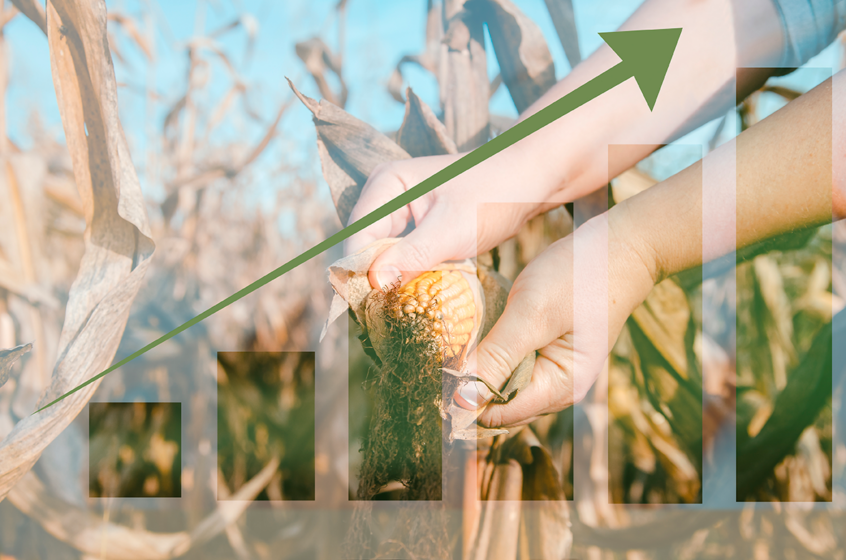 For the past few years, we have preached the advantages of owning farmland during periods of inflation. Historically, it is an asset class that has performed exceptionally well during such periods.

During the period of hyperinflation in Weimer Germany, it was the farmers that came out wealthier in the end. During the decade plus of inflation of the 1970s in North America, farmland prices outperformed virtually all other asset classes. During both instances, financial assets lost purchasing power for their owners, who came out having lost wealth in real terms. Periods of high inflation don’t necessarily result in a destruction of wealth so much as a redistribution of wealth. The redistribution is usually from savers to debtors and governments. The other potential winners can be the owners of real assets that keep pace or exceed the pace of inflation. As we experience the highest levels of inflation in more than three decades, it is worth noting how it is that this might occur.

At AGinvest, we want to see both our investors and our farmers do well. Investors obviously want to see the value of their investment, or farmland values, increase, while the farmers we contract with are always looking to increase their profitability. Recent news headlines have led some investors to call us, concerned that the higher fertilizer and fuel costs are impacting farming operations. On the. surface, it certainly makes sense that higher input costs will negatively impact farmers, but the articles and headlines we have read, often fail to reconcile the higher costs with the higher commodity prices. Given that we have a few farmers on staff here at AGinvest, we knew the answers before we began the exercise, but just the same, thought it might be a good idea to check with farmers and see if we could quantify the impacts of both higher input costs and higher commodity prices. As the investment person on the team, I set out to gather what I thought would be simple information. I asked our operations team to ask our farmers for their last five years of budgets, so that I could track what has happened to their profitability now that inflation has increased. The first thing I learned was that asking a farmer for their budget/profitability, is like asking a woman her age. It’s not done. Luckily, we were finally able to get some data from a few farmers. The numbers were very telling and helped explain why farmland prices, and farmers, do exceedingly well during periods of inflation.

We looked at the profitability of a corn farmer over the 5-year period and 2021 was by far their most profitable year.

While the headlines are right, their fertilizer prices were up 178%, their fuel prices were up 60% and their herbicide prices were up 55% respectively over 2020, they missed the part where the selling price of their product, corn, rose more than 47%. The percentage increase in corn prices was lower than it was for several of the inputs, but even a smaller percentage on a bigger number, can result in higher profitability on an absolute basis. It turns out the increase in selling price more than offset the increase in costs. Our corn farmer managed an increase in profitability of almost 44% per acre in 2021, making it by far their best year in at least 5 years. While he didn’t provide data going further back than that, it sounds like it may have been his best year ever.

That made 2021 a WIN for our farmers. (Note: these numbers can vary depending on when the farmer purchased their inputs and the price they were able to realize on their produce, since prices have been increasing throughout the past year.)

On the investor side, the returns recorded on Ontario farmland in 2021 came in over 22%, the highest returns in over 30 years for the asset class. At AGinvest, we were able to better those returns for our investors, given our optimization measures. The returns on Ontario farmland should not be surprising, since inflation was the highest it has been in decades and farmland has historically performed very well during periods of inflation. 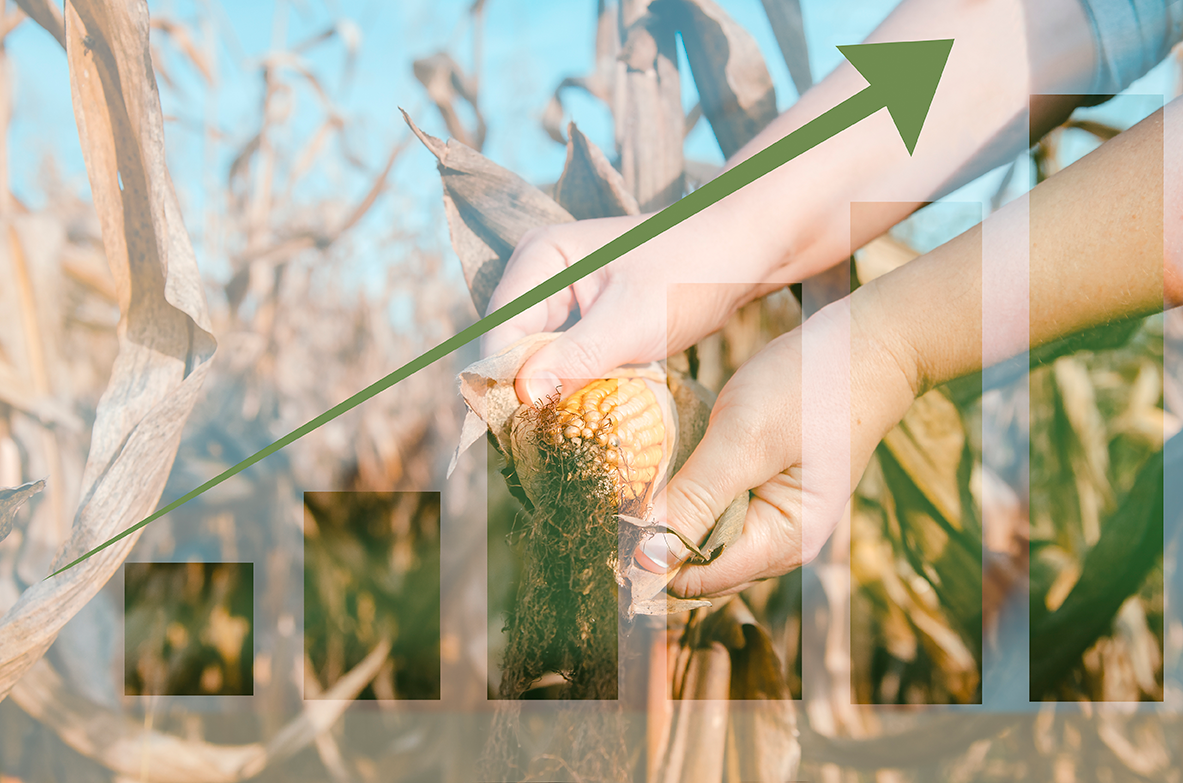 At AGinvest, we are also providing investors with the opportunity to win, with an investment that is uncorrelated to financial assets and has generated strong returns for the past 70 years. While consumers will no doubt find the impacts of inflation challenging, we think the past year and any future inflationary period is a ‘Win-Win’ situation for both farmers and investors. Again, in the past, inflation hasn’t necessarily resulted in a destruction of wealth, but it most certainly has resulted in a transfer of wealth. We think both our investors and our farmers are well positioned to be on the positive side of that transfer going forward.