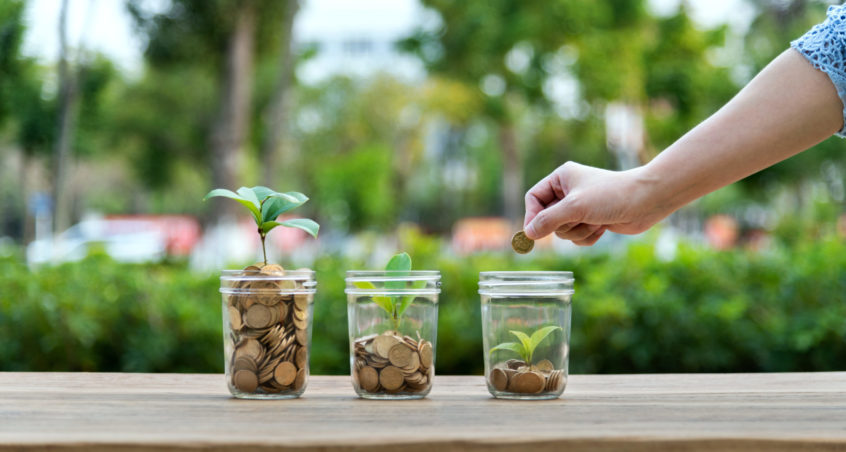 It might seem to many that all is well on the economic front, with equity markets near all-time highs, asset prices booming and the price of crypto currencies (even the ones created as a joke) now worth billions of dollars. The GDP growth in Canada and the US are on pace to grow at the highest level in years, so of course the narrative is that of a recovery from the pandemic has been achieved. But it might be worth remembering that GDP is based on spending and as trillions of newly printed money is printed and spent, GDP is bound to rise. That money is also finding it’s way into the prices of financial assets as speculators realize that if they buy a Dogecoin today, they can surely sell it tomorrow for a higher price. But what does it all mean if money created by central banks wind up inflating the prices of assets and creating a “recovery” in the GDP???

Has any real wealth been created? As a society, are we producing more? Just because prices are up, as measured in currencies that central bankers are frantically creating, are the assets more “valuable”? We have an economy with higher unemployment and businesses that remain closed, but the economy is growing, and prices of financial assets and real estate are higher.

What if all the money printed and pumped into the economy has just distorted the prices of things and it’s only just beginning to show up in the CPI numbers? The US April CPI number showed inflation is running at 4.2%, and inflation seems to be accelerating over the past four months. If this trend in inflation growth continues, you might want to ensure your portfolio is positioned for that environment. By way of reminder, farmland has historically been one of the best assets to own during inflationary periods…but I digress.

The increase in Canadian M0 Money Supply (chart below) has been dramatic, so while I am not a “trained economist” and hardly qualified to evaluate and forecast what it all means, it seems to me that if you create a lot more money without creating a lot more things, then the prices of those things will go up. If you are creating it at this rate while the economy is shrinking, aren’t we just debasing the currency? That might explain the dramatic increase in prices of real estate, energy, food, used cars, etc.

In the meantime, the speculative frenzy to acquire things that might go up seems to have shifted of late from tech companies that have no earnings, to digital tokens. I suppose it doesn’t really matter since neither have any actual intrinsic value. But by any measure of historical speculative manias, we have a real doozy going. According to Bloomberg, a digital token that was launched just this past Monday and goes by the name “Internet Computer” is already one of the largest crypto currencies in the world, with a market value of about $45 billion after only three days. That would make it worth approximately the same as Ford, and worth more than approximately 330 of the companies in the S&P 500. Not bad for something that was only made up three days earlier. Dogecoin, a more established crypto coin, albeit created as a joke, had grown in value to become more valuable than 408 of the 500 companies in the S&P 500, before Elon jokingly (?) called it a “hustle” on SNL.

Of course, if you have virtual currency, it only makes sense that you be able to use it to buy virtual artwork and virtual real estate, neither of which physically exists, but let’s not nitpick. Non-Fungible Tokens, or NFTs, are a new type of virtual asset that has exploded in popularity in 2021, with millions of dollars already “invested” (?) in these assets. Based on what I have read, the plan is to put the artwork on display in virtual world environments and the public can enter via web browsers or virtual reality technology. Land, buildings, avatars and even names can be bought and sold as NFTs, often fetching hundreds of thousands of dollars. People will wander around with friends, visiting virtual buildings and attending virtual events (Link to article)

Maybe I’m too old to understand all of these virtual assets and currencies, or the notion of paying billions for a company that doesn’t make money. But what if it’s all Fugazi? What if all of this is turns out to not be real and these digital tokens, virtual artwork, virtual real estate, and companies with no earnings revert to their intrinsic value?

At AGinvest, we don’t know much about digital currencies that just get invented overnight or companies that don’t make any money. Our farms are owned by real investors and farmed by real farmers. In fact, more than 98% of farms in Canada are owned by farmers. The farms need to generate returns and cash flow, or the farmers won’t buy them. We were founded by a farmer, so we think like farmers, and that seems like a big advantage at a time like this. Farmers don’t generally have time to be scheming and creating crypto currencies out of thin air, they’re too busy finding ways of making their farms more productive and more profitable by working hard and deploying innovation. In case all the money creation, the increases in newly minted digital tokens and companies with no earnings does turn out to have been one giant Fugazi, it might be a good idea to own some real assets like farmland, for when the pixie dust finally settles.