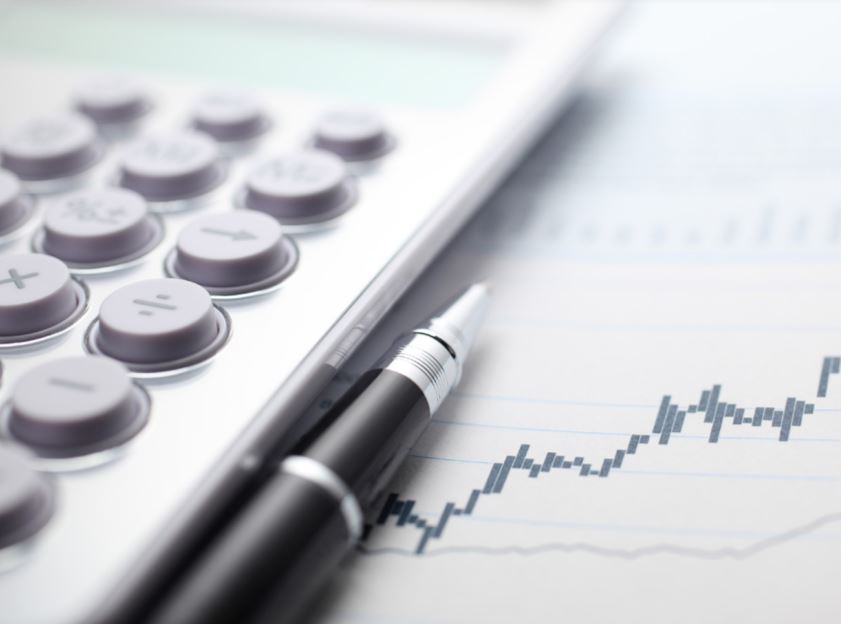 This year is trending to be the worst year for returns from a traditional “60/40” portfolio in one hundred years. The persistent inflation (not transitory) has meant that central banks have begun to hike interest rates and they’ve signaled the increases will continue.

The highest inflation in four decades and resulting central bank responses have meant that both equities and fixed income have suffered.  Over the past four decades, one asset class acted as a hedge for investors when the other asset class wasn’t performing. But if you go further  back, to periods of high inflation and rising interest rates, the “60/40” portfolio produced several negative or challenging years where both asset classes underperformed. 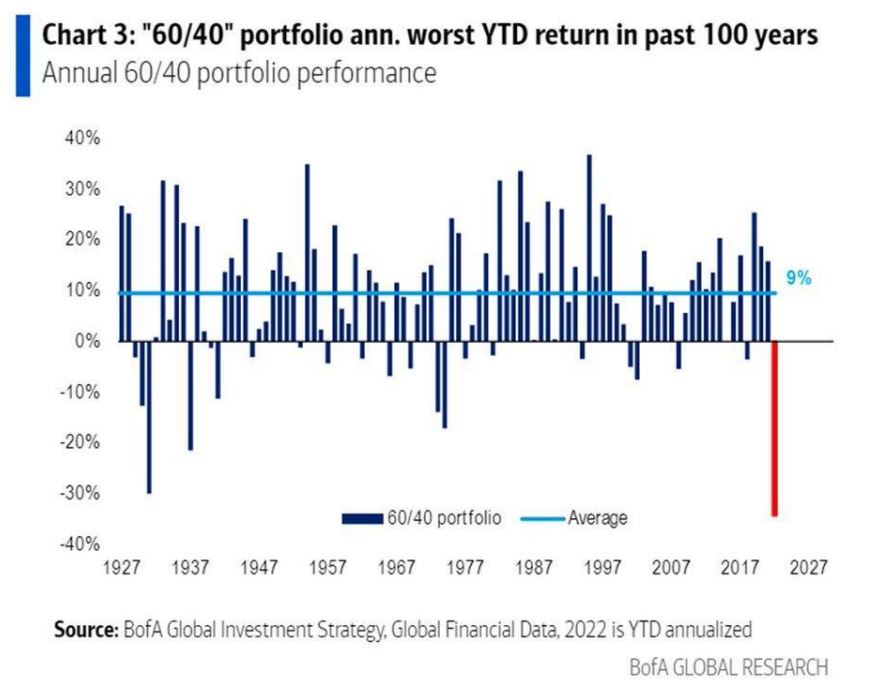 As of the end of Q3, the TSX was down more than 14%, while the NASDAQ, S&P and Dow were down 32%, 24% and 20%, all on a year-to-date basis, respectively. Bonds were also down with the S&P 500 Bond Index closing out the third quarter down more than 17% on a year-to-date basis. Meanwhile, farmland has continued to perform well. According to Farm Credit Canada, farmland values increased on average 8.1% across Canada during the first 6 months of the year. They project farmland values rose even more than that here in Ontario. This is not surprising and is something we have suggested could happen if inflation persisted and rate increases ensued. Historically, farmland values have risen throughout periods of inflation, even as interest rates rose.

The last period of inflation actually began in the late 1960s and continued into the early 1980s. During those years the “60/40” portfolio produced several years of negative returns and many more with returns that didn’t keep pace with inflation. By the time interest rates peaked in September of 1981, the “60/40” portfolio left investors with reduced purchasing power (they were poorer in real terms). In contrast, an index of Ontario farmland would have left the owner with positive real returns, or an increase in purchasing power 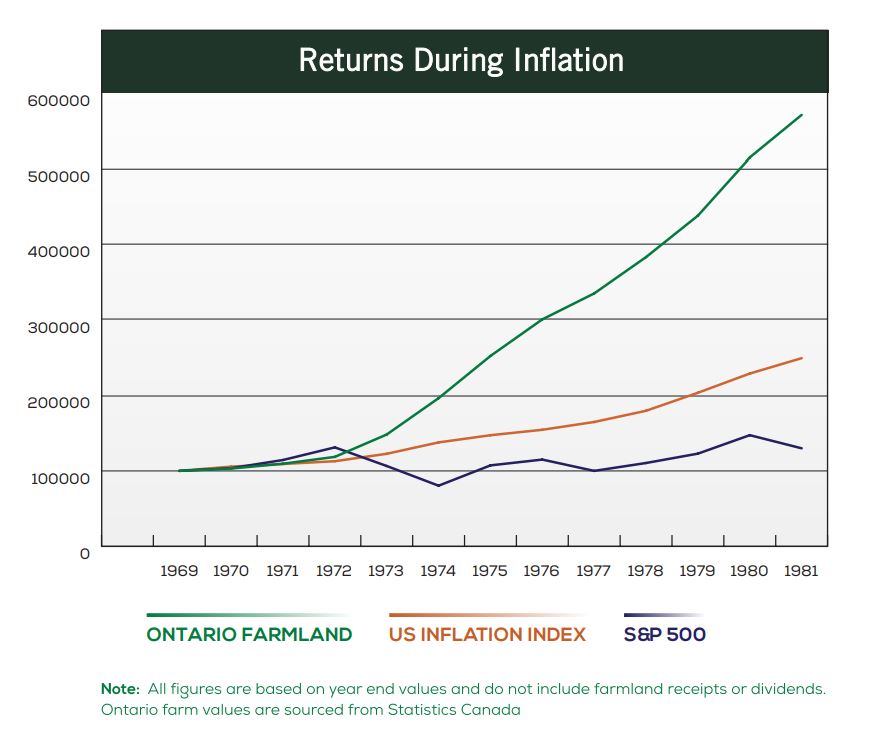 While the higher interest rates have been hard on financial assets, they are still well below the rate of inflation, meaning we still have negative “real rates”. The last time we had inflation at these levels it required interest rates that far  exceeded the CPI (for a few years) before it was reigned in.

It seems somewhat wishful to suggest that inflation can be tamed with a few interest rate hikes, even as real rates remain negative. According to a strategist for BofA Securities in the UK, inflation takes an average of 10 years to return to 2% once it breaks above 5%. “The inflation genie is out of the bottle”, researchers wrote, adding that it could be a long time before it goes back to normal.

It’s also not surprising that those responsible for causing the inflation are looking for scapegoats. The blame has been conveniently pushed on to  the war in Ukraine, corporate greed, supply chain issues, etc. Politicians are also calling for probes of oil companies and grocery stores for the higher prices facing consumers, looking to blame everyone else but themselves. A closer look at the amount of fiscal and monetary stimulus over the past two years alone shows that close to 40% of global GDP in new money, was injected into economies. That doesn’t even begin to capture the QE programs globally, prior to February 2020, which have been in place since the Financial Crisis. In the words of
Milton Friedman, “There is one and only one basic cause of inflation: too high a rate of growth in the quantity of money”. It was just a matter of time before that much money creation caught fire and led to inflation. 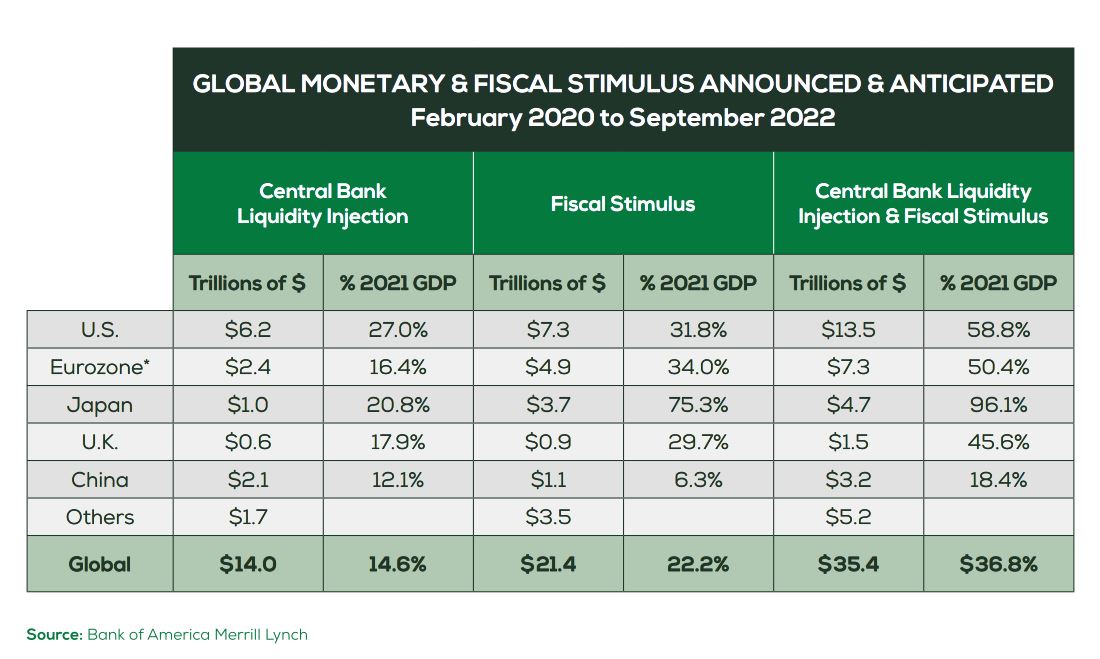 Elevated levels of inflation should not be the only reason investors own farmland. Owners of farmland in Ontario have realized a compound annual growth rate of 8.2% over the past 71 years. It is the prototypical compounding asset that Warren Buffet talks about, and it is no wonder he is such a proponent of owning farmland. Over these past seven decades as improvements in mechanization, automation and gene technology have driven productivity and efficiency, the returns have been fairly consistent with very few setbacks and none ever greater than
8% (one time).

That has meant the value of productive farmland here in Ontario has grown throughout most of this period at a stable rate. Factors like drought in other farming regions of the world and urban sprawl claiming thousands of acres of productive farmland each year, have only served to make our farmland even more valuable. The returns have been even greater during periods of inflation as higher costs are offset with much higher revenues (FCC forecasts 2022 farm receipts to surpass record receipts in 2021). This is why this asset has been such a great investment during periods such as these. 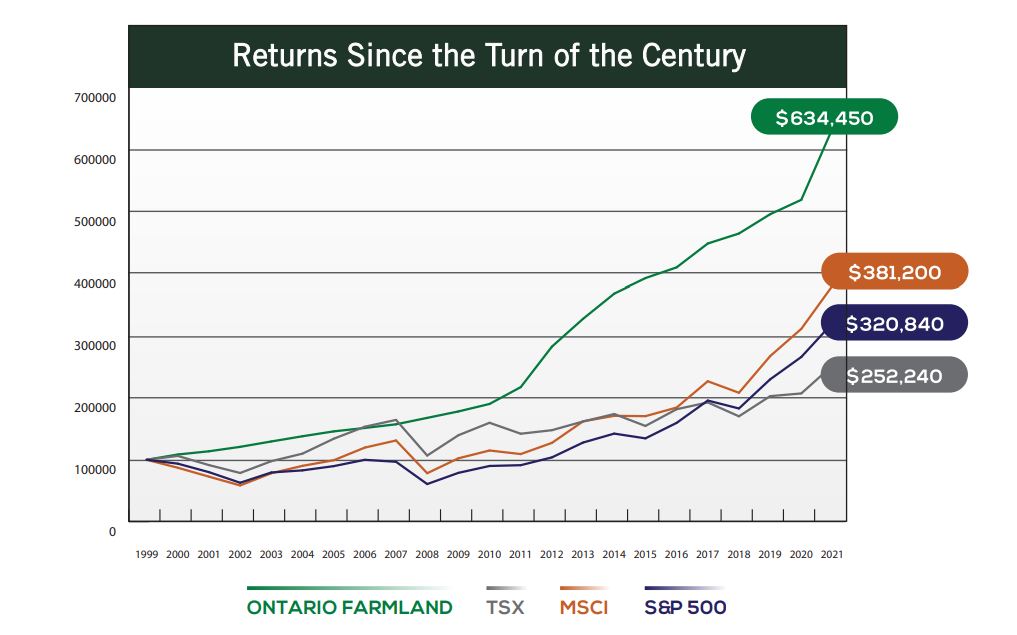 Now compare that with some of the most recent tech darlings in North America, like Shopify and Facebook (or Meta or whatever other alias they may be operating under). These stocks were among the biggest market caps in their respective markets/indexes, which meant owners of index funds and many mutual funds would have owned these stocks. Both were down approximately 85% and 75%, respectively, from peak to trough. In the case of Facebook, the market cap had exceeded $1 trillion meaning the loss from peak to trough (assuming this was trough) is approx. $800 billion. The euphoria and central bank liquidity that took these stocks to nose-bleed valuations, was also seen in the charts of many other tech stocks, crypto currencies, meme stocks, and non-fungible tokens. These stocks and asset classes may well come back and make new highs, but what should be obvious by now is that it will require central banks to once again flood financial markets with additional liquidity for that to happen. Those are the “fundamentals” backstopping your performance in that part of your portfolio.

At AGinvest, we have long argued that farmland belongs in a well-diversified portfolio.

Farmland in Canada is more than 97% owned by farmers and with industry-wide leverage of approximately 20%, the valuations are mainly driven by the “fundamentals” of the farmland (not wild speculation). That means the value is driven by the farmland’s ability to generate returns for its owner. It has also meant they are less likely to drop dramatically in price, since fundamentals have underpinned the price. Central bank policies don’t change the productivity of farmland. Real assets such as farmland help diversify portfolios and should provide purchasing power protection during periods of inflation. Historically, inflation has shown itself difficult to reign in, much like trying to get toothpaste back in the tube once it has been squeezed out. The analogy seems appropriate in that it will be much more difficult and take much longer to tame than most people expect. It should also be said that the last time there was anywhere near this much government debt in the world following WWII, it was inflated away. Interest rates were held low even as CPI would reach double digits in the years following the war. Given the current government debt levels it should be obvious that it cannot be repaid in constant dollars, so inflation is the only way out (debasing the currency). We believe it’s important to understand financial history, because so much of what happens has happened before. Understanding how markets behaved during similar periods in the past, can help investors handicap how things might work out from here. Regardless of your expectations regarding inflation, it is prudent for investors to own real assets. Real assets with proven track records that are uncorrelated to financial assets, will help investors avoid the fate of the “60/40” portfolio.